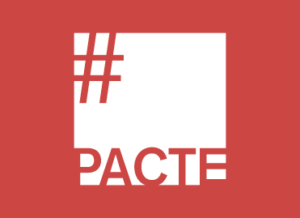 Presented last June 18 to the French Council of Ministers, the draft Pact for the transformation of businesses was eagerly awaited by business leaders. The pact received fairly comprehensive approval from the majority of ministers even if the interest in reforming staffing levels leaves some of them slightly doubtful on whether the pact will be successful. These conclusions were revealed in a survey conducted on the flagship measures of this bill by the OpinionWay polling institute for CCI France, La Tribune and Europe 1.

As for the reform of workforce thresholds announced by Bruno Le Maire, only 31% of French business leaders believe that this measure will have a positive impact on the French economy, and 54% of them think it will have no impact at all. Mr Le Maire, the French Minister of the Economy, had proposed to give companies five years to meet the obligations related to these thresholds, and to create three different threshold levels depending on the size and activity of companies.

French bosses are even more sceptical when asked their opinion about the possible effects of this measure on their own businesses. 91% of them think that the reform will have no impact on their business, while only 6% of those surveyed believe that the proposed reform will encourage them to increase their number of employees.

Morale of business leaders up slightly

While business morale was seen to have fallen between April and May 2019, morale rose slightly in June, apparently related to the Pact bill. Although growth slowed in the first quarter and the overall outlook is worse than expected for 2018, 50% of French business leaders remain confident and 46% say they are optimistic about the future. Finally, 73% of business leaders stated that they are confident about the business outlook over the next twelve months, compared with 83% two months ago.