A compromise seems to have been found by EU labor ministers to revise the status of posted workers. It would be a question of modifying this controversial European directive dating back to 1996 and which had not been revised since.

The stated objective of the approach is the modernization and adaptation of the rules on the posting of European workers.

The status of posted worker allows any European to perform specific assignments in another State belonging to the European Union during a limited period.

Pay levels and working conditions proposed to the employee must respect the practices in force in the host country. For example, a worker who is posted to France can not receive a salary below the minimum wage and must respect the legal duration of work in France.

The number of posted workers has increased exponentially since the creation of the statute to reach 286,025 contracts in France in 2015 according to the figures of the General Directorate of Labor, which places us as the second host country at European level.

The main source of tension concerning the status of posted workers is the imbalance caused by the enlargement of the European Union. Indeed, the latter has welcomed 10 new countries in 2014, most of which are from Eastern Europe, creating an amplification of the pay gap between member countries.

The pay gap thus reaches a ratio of 1 to 10 between the richest country (Luxembourg) and the poorest in the Union (Bulgaria), whereas it was only 1 to 3 in 1996. A gap that the employer can turn in his favor since the posted worker continues to contribute in his country of origin. 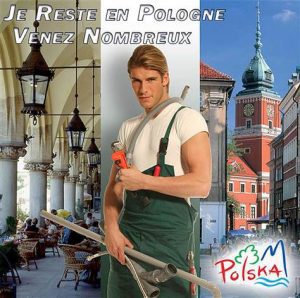 However, not all posted workers do not necessarily come from Eastern Europe. If the Poles are the first contingent of posted workers employed in France in 2015 with 16.9% of contracts, the Portuguese are placed second (16.1%) followed by the Spaniards (15.7%).

The geographical proximity seems to be taken into account since Belgians (13.2%), Germans (11.8%), Luxembourgers (9%) and Italians (7.8%) complete this leading trio.

Employees and companies, however, see this status as unfair competition. In addition, there has been a proliferation of labor market-related abuses in the EU in recent years, including much lower pay, exceeding statutory maximum working hours, unworthy housing situations, and non respect of minimum wages.

EU labor ministers have agreed that in a similar workplace, equal work equals equal pay. National employees and posted workers will have to receive the same premiums, the same reimbursements of expenses as the same remuneration.

In addition, a change must be made to the maximum duration of missions, which will now be set at 24 months. Beyond this given period, the automatic application of the labor law of the host country should do right.

France wanted the new directive to be implemented within two years of its final ratification by the EU member states, but this deadline was maintained at four years, in 2022 at best. However, this does not prevent countries that wish to apply these new rules before ratification.