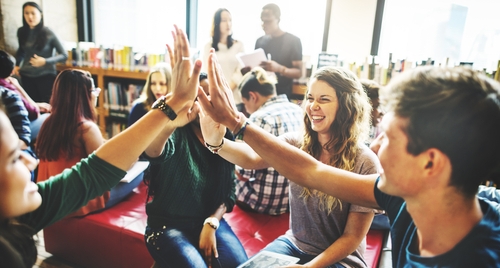 To accompany the reform of vocational training initiated by the French government, the Club Economique Franco-Allemand, CEFA, sent the prime minister a memorandum entitled “Learning to boost employment” providing concrete solutions and recommendations to strengthen the apprenticeship training system in France.

Created in 2005 at the initiative of French and German business leaders, mainly from the industrial sector, the Franco-German Economic Club aims to be a forum for exchanges between economic leaders with the aim of helping to strengthen economic ties. between the two countries.

Fruit of the establishment of a working group made up of personalities from all horizons, the CEFA report seeks to establish a diagnosis of the learning situation in France to make recommendations for the development of this type of vocational training. in particular drawing inspiration from German practice.

The CEFA findings on apprenticeships

The CEFA notes that France is one of the countries with the lowest employment rate of under-25s, far behind Germany, with nearly 500,000 young people in job-seeking situations.

In a synthetic approach, the report makes the following observations on the situation of apprenticeship in France:

The CEFA wishes to encourage the development of apprenticeship training to boost youth employment and recommends the implementation of six main measures: