From fair trade to solidarity savings, through social innovations in terms of environmental protection, the fight against exclusion, health or equal opportunities, the field of the social and solidarity economy ( ESS) brings together many private organizations (companies, cooperatives, associations, mutuals or foundations) and presents a promising job market.

In Île-de-France, the sector already accounts for 7% of salaried jobs, or nearly 386,300 employees in the Paris region in 2016 for 11.8 million euros in payroll, according to the latest figures from the Observatoire de l’Emploi social and solidarity economy. The regional council wishes to push its development and has just presented a series of proposals to this effect.

Concentration of jobs in cooperatives and associations

The main providers of jobs in the SSE sector are associations, with 30,000 establishments employing nearly 300,000 employees. Almost 40% of jobs are grouped within social action, but associations also work in other sectors such as education for 20% of jobs or health (10% of jobs).

Another pillar of the social and solidarity economy, cooperatives, mainly concentrated in financial and insurance activities, also employ 33,500 employees in 1920 establishments in Île-de-France. 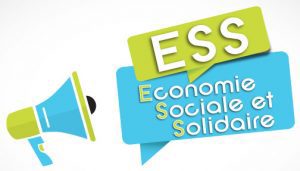 The sector will face significant challenges. While 77% of SSE establishments employ fewer than 10 employees, it sometimes competes directly with traditional private sector players. The personal assistance sector is a good example of this opposition between actors whose objectives are divergent (lucrative versus non-lucrative).

To support the actors of the SSE, the IDF Region has thus decided to grant assistance to the sector via a mechanism to encourage “responsible purchasing”. Purchases made from structures belonging to the social and solidarity economy sector will indeed be encouraged and the collaboration of local authorities and certain major groups will be sought in order to encourage the growth of potential markets for the players in the sector.

The region also wants to continue to develop social clauses in the award of public contracts, with the objective of increasing to 25% of public contracts by the end of the current term of office. Certain markets should thus be reserved for SSE stakeholders, such as large-scale construction operations or in innovative sectors related to digital technology.

The IDF Region wants to work to facilitate the access of ESS representatives to its “Up” support system (PM’UP, Innov’UP, back’UP and TP’UP) for start-ups, SMEs and ETI (mid-size companies). This aid can reach up to € 250,000 per structure over three years.

In addition, the region wishes to offer its local nuggets specific support to monitor their development from the start of the project to scale change. Between 15 and 20 SSE leaders will be selected each year according to the job potential and social impact of their project to integrate an accompanying program of 18 to 24 months

The ESS sector could therefore see its development grow rapidly, thus leading to many new hires. The sector is no longer young: its employees are on average older than those in the private economy.

31% of the employees of the ESS have more than fifty years against 24% in the private economy. The sector will be radically renewed in the coming years with nearly 117,880 retirements over 15 years.