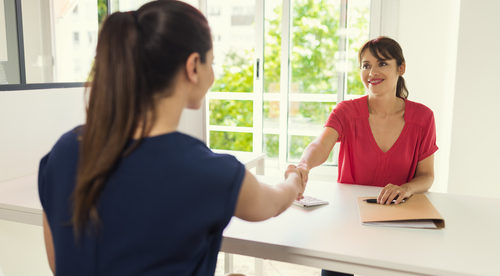 Since its inception in March 2014,  15,300 interim or CDI-I (long term temporary contracts) contracts have been signed. If the figure is lower than the government’s expectations, this new type of contract has nonetheless succeeded in gaining a strong reputation in the job market.

Temp agencies are increasingly resorting to this type of contract which has many advantages over traditional contracts.

The number of CDI-I contracts is beginning to grow as it allows a temporary work agency to have a professional constantly available for jobs. Hired directly by the agency, the worker is then delegated to companies according to their needs and demands.

The length of a mission can extend to up to 36 months with alternating holiday periods which are also remunerated. Since the elimination of the mandatory waiting period between two missions, approximately 800 CDI-I contracts have been signed per month.

This figure shows the willingness of the temporary staff agencies to build up a pool of quality workers to fill any possible positions while remaining extremely flexible.

Industry-based agencies account for more than 50% of CDI-I contracts signed so far, clear proof that this sector of industry has a real demand for extra staff.

A very specific type of contract

The CDI-I contract is only possible for three types of qualifications and also includes a maximum mobility clause of a 50 kilometre radius around the company.

Compensation is provided by the client company for each assignment. During the company’s holiday periods, the temping agency takes on the responsibility of paying the worker. For the employees, this is a real advantage because they will always receive remuneration whatever their situation.

The remuneration is ensured by the guarantee of a minimum monthly remuneration, corresponding to the SMIC (minimum wage) with an increase of 25% for executives and 15% for supervisors.