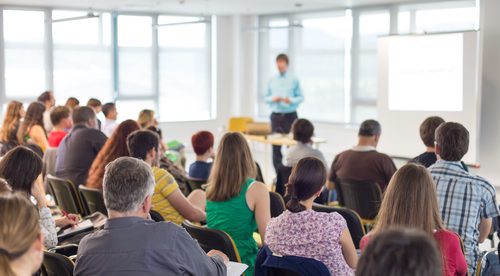 Opcalia is the interprofessional and inter-branch OPCA that finances the training of employees of small and medium-sized companies. OPCA of branches, Opcalia is also one of the two interprofessional OPCA licensed by the State to collect the annual contributions of companies not covered by a OPCA of branches for the continuing vocational training of their employees. As such, businesses in any industry can choose to contribute to and use its services.

collecting the annual contributions of the companies to finance the continuing training of the employees would be questioned and the body decided to carry out a study on the fallout of its activities for the economic fabric.

At present, management paritarianism could be called into question, which is why Goodwill-management has been entrusted with the task of calculating the economic footprint of Opcalia in order to determine its usefulness for companies, trained individuals and the territory. This study makes it possible to make a comparison and to know how the companies would be formed without interprofessional OPCA. Opcalia continues to rely on companies from a variety of industries that are not yet covered by an OPCA. These companies will also be able to call upon their services and contribute to the advancement of trades training.

The results of the study indicate that the economic impact of the OPCA was € 217 million in 2015. Yves Hinnekint, Chief Executive Officer of Opcalia, said that if it spends € 1 in operation, € 5.30 is contributed To the economic fabric through its activity. Funding of higher quality training for higher educational efficiency represents € 167 million. As for the change in employability, it represents a 26% gain in overall spin-offs, ie around 67 million euros.

Opcalia simplifies the integration of people with disabilities into sustainable employment and this initiative generates around € 26 million. OPCA offers better fares via the training area, enabling member entities to earn € 49,000.